So the planning continues for the cabin at our retreat property, here is something that might work very nicely!  We are only allowed a cabin of 500 sq. ft on this land.

Nine years ago, we made a donation of over 200 hockey tickets to the New York National Guard for the World Juniors tournament that was taking place in Buffalo-Niagara. These tickets and 300 more plus a private suite were all donated to us, and soldiers, and their families from both countries had a great time at the event. This plaque was just found in a box in an envelope, so we will find a nice place that we can hang her up soon. 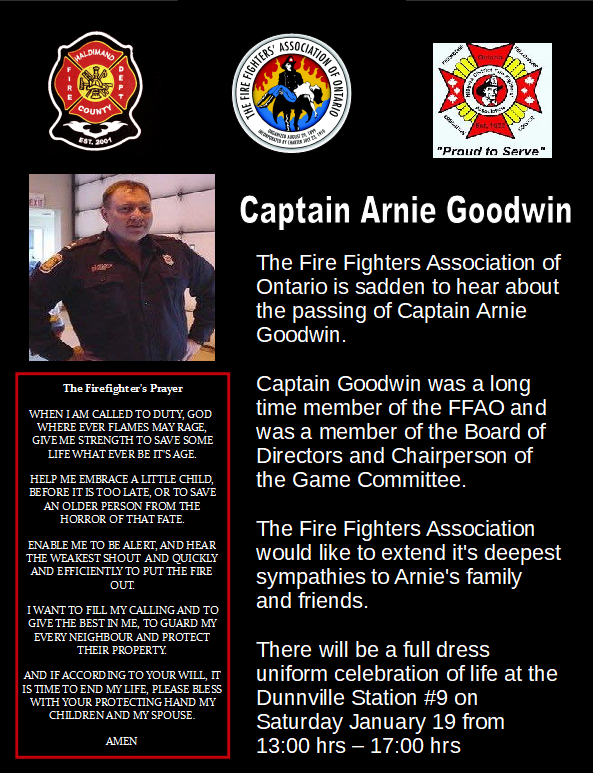 An old friend and huge supporter of our foundation has passed away. I have know Arnie since the early 1980’s and will always remember his smile, a “Gentle Giant” is how I would describe him.  A celebration of his life will be held this Saturday January 19, 2018 from 1-5pm. It will be held at the fire station in Dunnville located at 111 Tamarac Street.  Everyone is welcome to attend.

My Cousin whom served in World War 1 made the ultimate sacrifice with his life for our country and his body was never found. His name though lives on for eternity with his name on the Vimy Memorial.  Yesterday our Prime Minister visited the Vimy Memorial and his picture was taken as he touched soldiers names on the memorial, and when I saw the picture I knew that the PM was right were my cousins name was, it was a serene and proud moment when I saw that.   Our Canadian Government has the Casualty Identification Program for relatives that would like to register in the chance that at some point their relative that died during the war and body was never found, might be able to identify any remains that are found in future excavations in the areas of were the battles were fought through DNA matching.  Today I registered myself for this program and am notifying others in my family as well, so that possibly at some point maybe a hundred years from now some future family member might be contacted with news that they found his body. Today as I write this I am in Hamilton, Ontario Canada, sitting on the same land that my family farmed. Later I am going to visit his parents that are buried just a few miles away in Hamilton as well.  Today I got to make my Ultimate gift for his Ultimate sacrifice.

Robin has made an incredible addition to CH#10, with the names of the fallen on the truck bed cap, make sure you take a look if you see him, I challenge you to read each and every name of our fallen heroes….