The Canadian Heroes Foundation was founded in 2009 by philanthropist Chris Ecklund.

The foundation is a registered not for profit organization (Corp#875766-6) and is about creating awareness and support for our front line responders, our fallen heroes and families. It is also a tribute to those who have served in the past, present and future.

The foundation has a volunteer board of directors and is always welcoming new people that want to serve their Country.

Board of Directors:
1. Don Fraser 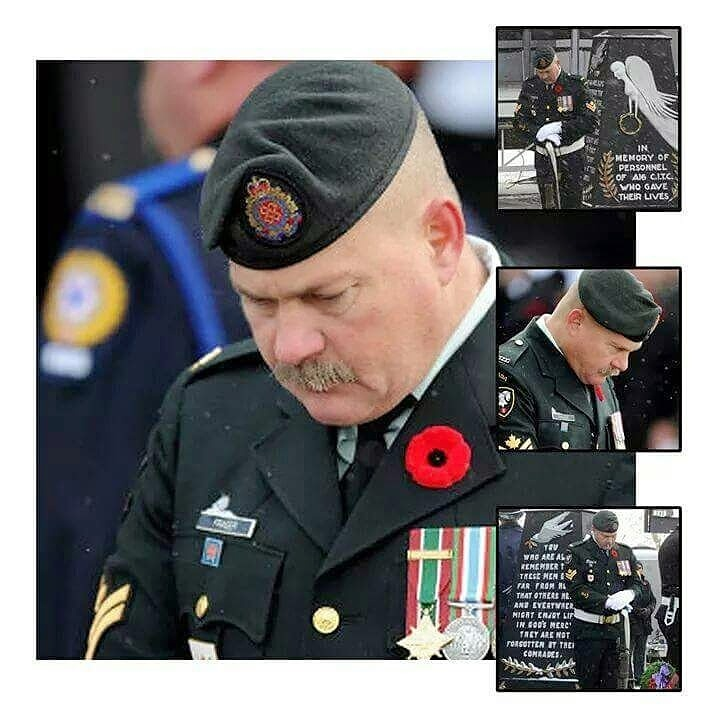 Don graduated from James Fowler High school in Calgary Ab.In 1983 while attending high school he joined the primary reserve Calgary Highlanders, while in the reserves Don had the opportunity to serve with the Pipes and Drums while being a active infanteer.

In 2003 Don re-enlisted in Calgary and after completing his BMQ at CFLRS in St Jean, he was then posted to ASU Edmonton, then posted to 1 PPCLI. Don has his lovely wife Cindy and three children who have given him two grand kids.

Don was in CFB Edmonton 2003 to 2015 and during his time deployed on OP Danaca in the Golan Heights 2005 .In 2008 he was deployed with the NSE Roto 5 TF 1-08 to Afghanistan where he awarded the NSE Commanders commendation and the Task Commanders citation for support given to the troops of FOB Wilson.

After Dons return from Afghanistan he was attached posted to CFB Suffield to create a ordering process with Unitrak for the British Army and Canadian forces. In 2010 Don was posted back to Edmonton to run the Ration Cell.

In 2011 Don was posted to 1 Svc Battalion where he assume duties from KO in the field to ACTING 2IC of the Cooks Section as well filled in as acting KO for the Unit. In 2012 Don was posted base side with 3 CDSG Edmonton as IC Production and Scheduler till his medical release in 2015.

Don has been Volunteering over the last 13 years coaching minor hockey and minor soccer in the city of Edmonton. As well Don is currently active with public speaking engagements regarding PTSD and his experiences in Afghanistan.

In 2013 Don approached Canadian Heroes to do his truck in memory of 5 soldiers Don served with in FOB Wison who had lost their lives on the war on terror. Don tours across western Canada with his truck CH 12.

Anna graduated from Central High School in Oshawa, ON in 1979.

Worked at General Motors in Oshawa for 30 years in the truck plant.

She has to son Kyle and Evan Sinclair. Divorced in 1993. Married her husband John Loveman 2004, John has 3 children Amanda, Paul and Katie Loveman. Between them, they have 6 grandchild.

On November 21, 2014 Anna’s son Craftsman Kyle Sinclair died of wounds in a tragic incident on base in Petawawa, ON  and her focus turned to helping Military, Veterans, past and present, future. 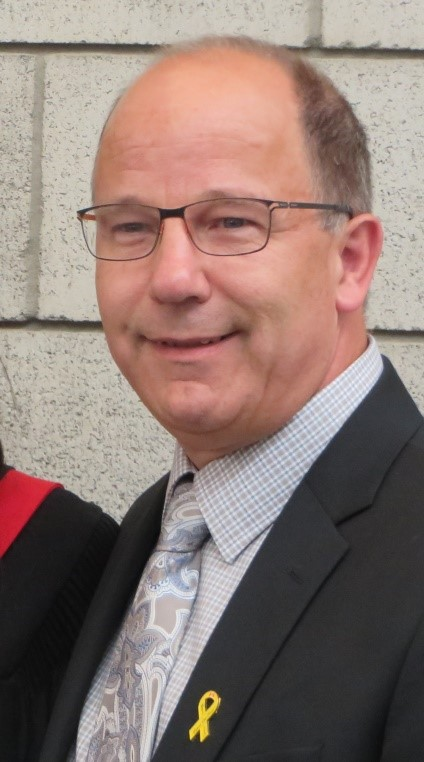 Hockey was his favorite sport playing until 2016. He met the love of his life Armande in 1984 and married a year later. They have three children, Zachery, Courtney and Isabelle.

Robin works as an automotive and heavy duty equipment sales manager for Gregg Distributors in Edmonton.He celebrated his 20th year in 2016.

Robin’s Son Zachery joined the military reserves at the age of 16. Zach decided to go to Afghanistan in 2009.

December 30, 2009 Robin’s life would change forever as members of the military came to his door with the news that Zachery had been killed in an IED attack in Afghanistan.

In 2013 Robin decided to join with Canadian Heroes and wrap Zach’s 2002 GMC Sonoma pickup. Since then Robin has been the proud owner of CH#10 memorial vehicle and has travelled with Zach’s truck through Western Canada to meet people and share stories about Zach.Robin also raises money for different charities in Zach’s memory. To date they have raised over $ 50,000.00. Helping others and seeing smiles on their face, makes the loss of his son a little less painful.

Brent graduated from Widdifield Secondary School in North Bay, Ont. In 1983 while attending high school he joined the primary reserve 26 North Bay Service Battalion as a Military policeman, while in the reserves Brent had the opportunity to serve with 25 MPPL (Toronto) and CFB North bay MP Sections.

In 1989 Brent was offered a Class B contract with Army Headquarters as a security analyst for the army Provost marshal in St Hubert Quebec where he had the opportunity to be part of the Prime Ministers Advanced security detail to the former Soviet Union for two weeks.

In September 1991, Brent was asked to move to Edmonton as the security operations NCO to the provost marshal for the new land Force Western area headquarters until 1998 at which time Brent decided to do a component transfer to the regular force as a Medical Technician having completed his EMT-A with N.A.I.T.

Brent was posted to Petawawa in November 1998 – 2005 with 2 Field Ambulance while there participated in Operation parasol ( Kosovo refugees’ to Canada) Operation Torrent ( D.A.R.T deployment to Turkey for the earth quake) and a Deployment to Bosnia on Roto 13 RCD battle group as a Company medic.

After 7 years in Petawawa Brent was promoted to MCpl and offered a posting to 1 Field Ambulance det Shilo attached to 2 PPCLI as the 2i/c of the UMS (Unit medical Section). While there Brent spent several months in the field and then the opportunity to deploy with A-Coy 2 PPCLI as part of the 1 RCR BG to Afghanistan Roto 2 TF 3-06.

In 2008 Brent was posted and promoted to the rank of Sgt and headed to CFB Trenton to the newly formed Aeromedical Evacuation Flight as a Flight medic where he accumulated 503 in-flight Patient care hours flying our wounded soldiers home from anywhere in the world. After three years flying Brent was posted to 32 Canadian Forces Health Services det Hamilton at the Recruiting Center’s Medical Section with 5 yrs behind him in recruiting Brent has been Posted and promoted to Warrant Officer and his current role is Clinic Warrant Officer in Moose Jaw.

Brent has been Volunteering since he was 7 years old with several organizations including 35 years with scouts Canada (various positions) 22 years with St John Ambulance (currently Provincial Commissioner for Saskatchewan ) and for the past three years with Canadian Heroes and is the very proud owner of CH 8 memorial vehicle our Tribute to the eight combat Medics we lost in Afghanistan.